Join our Free Walking Tour to the Old Town of Warsaw.

What are Free Tours?

Free Tours are guided tours in which everyone can participate. For us, free does not mean that you are "free" to decide how much to tip. Free means that everyone decides for themselves how much and whether they want to give anything at all. Just join and especially enojy our tours.

Distance of the tour

The meeting point is on the Castle Square in front of the 22 m high Sigismund Column.

The guide awaits you on the Castle Square, the historical center of Warsaw. Here the Old Town and the Royal Route meet. The square is surrounded by the salmon red Royal Castle and the colorful facades of the Old Town, in the middle stands the almost 400 year old Sigismund Column. If it weren’t for our great and interesting guided tour of the city, you could spend hours here enjoying the flow of time.

After a short historical introduction and answering the questions of all questions “Why is Warsaw the capital of Poland and who is not satisfied with it”, we go to the courtyard of the royal residence. The palace is architecturally part of the whole ensemble of the Old Town, which was inscribed on the World Heritage List in 1980.

Afterwards we will show you the royal gardens and the main facade of the royal palace. For this we have to go to the Vistula Valley.

After a short photo session, we climb the stairs back up to the panoramic platform on the medieval dung heap. From here we have a beautiful view of the Warsaw-Praga district, the National Stadium and the Vistula River with the natural sandy beach “La Playa”. We are in the part of the Old Town, which is surrounded by a city wall. Here you will discover

The city guide will give you numerous tips for good Polish restaurants, cafes and the best traditional pastry shop, which you can find only here.

We leave the Old Town and go to the New Town. The highlights are the house where E.T.A. lived from 1804 to 1806 and the birthplace of Marie Curie, double Nobel Prize winner and discoverer of radium and polonium in the early 20th century.

The tour ends after about 2 hours at the Warsaw Uprising Memorial.

You won’t have to flow with the tourist crowd all the time, because we know our own secret ways that allow us to enjoy the Old Town to the fullest.

This is your city guide 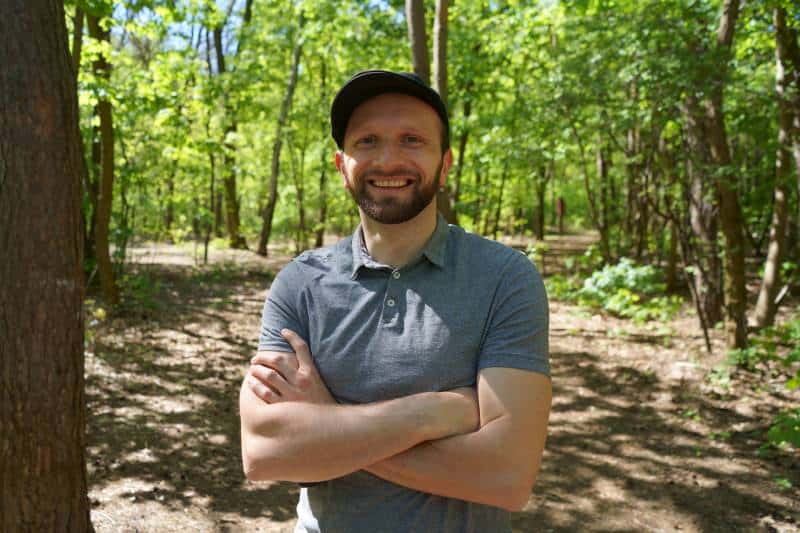 Antoni is the founder of Free Tours Warsaw by Walking Poland. He was born in Poland in 1984 and grew up in Germany. After studying law in Bielefeld, he moved to Warsaw in 2012. German and Polish are his mother tongues, he speaks English fluently. In 2013, he acquired a city guide licence and founded his own tour company in 2017.